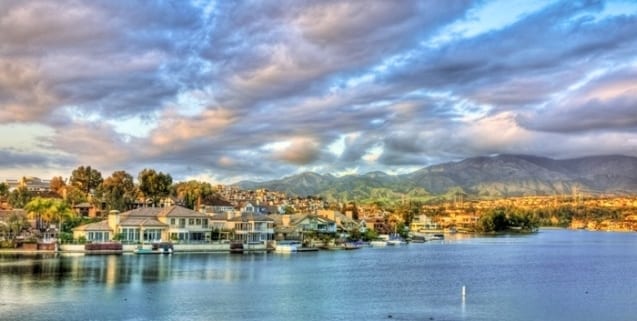 Mission Viejo, in South Orange County, is a comparatively new city which began a master plan to build in 1965. It’s located just 10 miles from the ocean, east of the 5 freeway, and bordered by Lake Forest, Laguna Niguel, Laguna Hills, San Juan Capistrano and Rancho Santa Margarita.

Mission Viejo began in the 18th century as a 52,000 acre “Rancho Mission Viejo”, a land claimed for Spain at the time.  It was governed for a time by Mexico, and then finally by California.  For most of this time it was a cattle ranch.

Mission Viejo homes for sale are primarily comprised of suburban homes in a Spanish style architecture.  They do have 2 large hospitals, Children’s Hospital of Orange County (CHOC) and the Mission Viejo Hospital, the largest in South Orange County.  The Shops at Mission Viejo is an upscale shopping center offering over 150 retailers and restaurants large and small and tailored to every need.

For recreation, Mission Viejo offers some wonderful hiking trails such as the Oso Creek Trail.  This trail offers a glimpse into the original eco-system of the area within the city itself. Lake Mission Viejo is a picturesque manmade lake with many waterfront homes and a variety of aquatic recreation available to its residents.

Mission Viejo has a reputation for very low crime rates. The city was named as the “safest city” in the United States in 2007 according to crime statistics compiled by the FBI.

Signature Home Inspection specializes in Orange County Home Inspections and is most familiar with the streets, neighborhoods, and homes for sale in Mission Viejo, California.