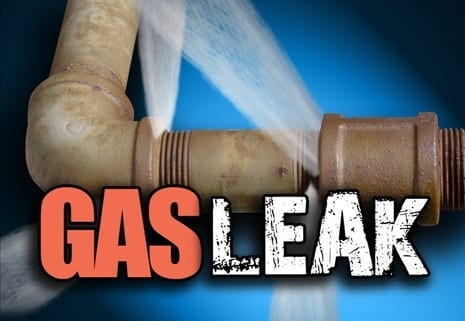 How to Recognize a Natural Gas Leak?  Use your senses of sight, hearing and smell, along with any of the following signs, to alert

yourself to the presence of a gas leak:

*Some people may not be able to smell the odor because they have a diminished sense of smell, olfactory fatigue (normal, temporary inability to distinguish an odor after prolonged exposure to it) or because the odor is being masked or hidden by other odors that are present, such as cooking, damp, musty or chemical odors. In addition, certain conditions in pipe and soil can cause odor fade – the loss of odorant so that it is not detectable by smell.